AWAMO was initially set up to establish recognition for animals that had died in conflicts – Over 9 Million alone in WWI. We continue to make people aware of their deeds and sacrifices by placing memorials at important sites, thus far 33 Australian and International monuments have been established. Some examples are: 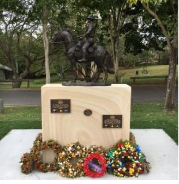 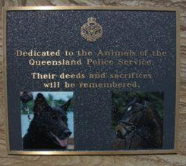 The New Zealand Navy has a long tradition of having mascots on its ships and shore facilities. Devonport Naval Base a beautiful marble plaque (30cms square) was presented to the Director of the Naval Museum David Wright. 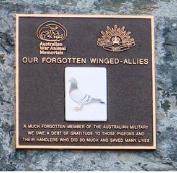