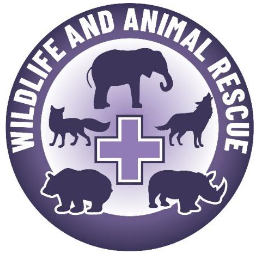 Internationally we provide funds and equipment to Wildlife programmes-such as prevention of poaching projects. Several of these are using dogs to protect wildlife via anti-poaching duties, whilst another uses horses – mounted Wildlife Ranger patrols. AWAMO also provides funds and support to Australian projects to protect wildlife.

AWAMO fiscally donates the Cheetah Conservation Fund. Because a majority of cheetahs in Africa live outside protected areas on farmland, it is essential for the survival of the species to find non-lethal methods of protecting livestock from predators in order to reduce conflict between farmers and cheetah. We believe our donations help change the face of Africa not just for wildlife, but for its people. Saving the cheetah can save people, by supporting the human communities that live alongside the cheetah.

K9 Watchdog National Project. Poaching in national parks remains a major conservation challenge in South Africa. The K9 Anti-Poaching Unit is considered a game changer for anti-poaching initiatives in the Kruger National Park. During 2017, all encounters with poachers that involved dogs resulted in arrests. Well-trained dogs such as the Bloodhound, Belgian Shepherd, or Malinois, breeds are perfectly suited to track poachers in the field and detect firearms, ammunition and wildlife products that enter and exit through park gates. These remarkable dogs can follow an hours-old scent over impressive distances. Tracker dogs are deployed by helicopter or vehicle and operate throughout the Park. Since its inception in 2012, the K9 anti-poaching Unit in the Kruger National Park has grown from 3 to 55 dogs. Because of its success, the project has been extended to other National Parks, with a total of 75 dogs now working across the country.

An estimated $8 to $10 billion is generated annually by wildlife trafficking and illegal trade in wildlife and wildlife products. The scale of these crimes on the black market is second only to narcotics. A large quantity and variety of wildlife products are smuggled from India to international markets. AWAMO provides funds and support to SOS training programs and workshops held in states like Maharashtra, Jammu & Kashmir & Karnataka help with capacity-building and target wildlife crime prevention in the field. Flagship species like tigers, leopards and Sloth Bears require intensive protection on the ground. We conduct training programs and workshops to train law enforcement officers at the grass roots level to help build capacity in the front line through strategic staffing of forest departments and enforcement agencies.
View: https://www.youtube.com/channel/UClDVWIdbYk0mCnL9nkRHSxw
.

The Virunga National Park in the Democratic Republic of Congo is a world heritage site. It’s also a hot zone for poaching and war, and 150 rangers have been killed there in the past 17 years. The Congo Hounds Canine Unit, which has been operating since 2011, consists of three bloodhounds and two English springer spaniels. In such a densely forested region with difficult terrain, the bloodhounds are extremely useful because they can follow trails that are days old. They can locate injured rangers or track down poacher’s intent on killing endangered mountain gorillas and elephants. But that’s where their work stops as they are too gentle to get involved in actual apprehension. The spaniels are specially trained to sniff out ivory, bush meat and other such contraband, so they are used to search vehicles and villages in the region.
View: https://africageographic.com/stories/the-congohounds-of-virunga/
. 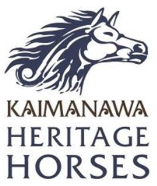 As part of AWAMO charity we always sponsor a local animal cause in the area that we establish a memorial. In NZ AWAMO has donated a $1000 worth of purple poppy merchandise that will be donated to the Kaimanawa heritage Horse Society to aid the local wild horses around Waiouru. A fitting charity due to the location of the memorial and the wild horses running wild within the Army training area nearby. These horses are the same stock that many WWI horses came from. Of the ten thousand sent overseas only four ever returned.

AWAMO is a proud sponsor of the Eastern Barred Bandicoot Guardian Dog program. The Guardian Dog program will trial whether bandicoots, protected by specially trained Maremma Guardian Dogs, will be able to form self-sustaining populations in areas that are not enclosed by feral proof fences. These dogs are helping to protect some of Australia’s most threatened species. Because bandicoots are small, nocturnal and shy, the Maremmas will be bonded with sheep as well as bandicoots. The sheep will provide the dogs with a focus during the daylight hours when bandicoots are sleeping.

AWAMO has been a long-time supporter of Kotuku Foundation Assistance Animals Aotearoa. Merenia Donne founded Kotuku Foundation in 2006. It now has 14 dogs with handlers that are specially trained to help people with conditions such as diabetes, Addison’s disease and seizures. AWAMO has sponsored the foundation to assist NZ Veterans with obtaining assistance dogs.