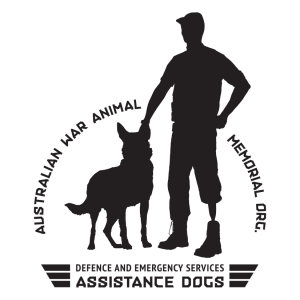 Our goal is to provide as many Assistance dogs to defence and emergency services personal as we can. We change the lives of these service personnel by providing dogs that help them transition from combat or high stress environments to general society.

DES is part of AWAMO a none profit organization. We provide Assistance dogs and PTSD dogs for Veterans and Emergency Service workers. We use mainly greyhounds that were due to be euthanized from the race industry, they are selected for their demeanor.

DES will provide professionally trained service dogs, training and home set up at no cost to certified members of the defence and emergency services

AWAMO has provided funds for PTSD dogs to various registered training companies including Mates for Mates and Delta Dogs. In conjunction with 7 Brigade Army Welfare and Rehabilitation Centre, Brisbane, AWAMO have made several donations to assist fiscal sponsorship of Service dogs for PTSD veterans.

Guide Dogs for the blind have been trained formally for over seventy years, training dogs for people with physical and mental health disabilities is a much more recent concept.

For those in the armed forces it is often triggered by being in combat, for those in the emergency services it is often triggered by life-threatening experiences, such as being stuck in a burning building, being shot at, or having to deal with a terrifying roadside accident or domestic and child abuse. Basically, they are situations where the person feels intense fear and/or helplessness.

“Within some groups of society, the incidence of PTSD must be expected to be much higher than one per cent. Within the emergency services (fire, police and ambulance) and the armed forces (army, navy and air force), the incidence of PTSD can be as high as 15 per cent. It is a disturbing probability that out of every hundred police officers currently engaged in uniformed patrol duties in our towns and cities, fifteen will be suffering from symptoms in accord with PTSD.”
David Kinchin, Author, Post-Traumatic Stress Disorder

PTSD is a mental health condition where the brain actually changes and it can manifest itself with various symptoms such as flashbacks where the person, through for example a trigger, relives the trauma.  Common symptoms are nightmares, feeling suicidal, uncontrollable thoughts and feelings, paranoia, panic attacks and anxiety.

People who have been diagnosed with PTSD often feel very isolated, depressed and can struggle at times with daily life and relationships – the world, it feels, is moving on without them without being able to do anything about it.

In the past PTSD was referred to as combat fatigue, shell shock and was mostly associated with those in the Armed Forces, in more recent years people have come to realise that those serving on the “front line” at home; in the police, ambulance and fire services are also at increased risk of developing PTSD through what they face almost on a daily basis.

In the US the Congress and in the UK the government is now recognising the benefit of specifically trained dogs as part of the treatment for PTSD, extensive research is also being carried out in Canada. Dogs are able to draw out even the most isolated people, and through engaging with a dog veterans are able to overcome emotional numbness (a symptom of PTSD), through training a dog, veterans develop new ways to communicate without anger or paranoia. Also in some research, it was shown that veterans were also able to sleep again knowing a dog was looking out for them. By bonding with a dog emotionally veterans feel more able to be out in the world, to engage, as they can focus on the dog and through research we know this bond can release “happy chemicals” in the brain; oxytocin.

“Oxytocin improves trust, the ability to interpret facial expressions, the overcoming of paranoia and other pro-social effects—the opposite of PTSD symptoms” 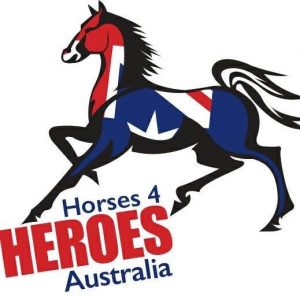 In 2014 ‘Riding for the Disabled’ approached AWAMO to assist returned servicemen and women suffering from PTSD. They were able to use funds donated by AWAMO to cover the cost for several ADF personnel to ride for 12 months as well as the cost to TAFE qualify two riding instructors to coach them.

AWAMO was able to secure a special riding saddle from the USA Veterans Affairs Dept used for amputee riders. The saddle will be used for Australian Veterans and Emergency Service workers. AWAMO found out that several police officers have lost a leg and were riders prior to their accidents. There are also around half a dozen Military veterans in Qld that have lost a leg during active service. This saddle has been donated Horses for Heroes project to assist them to learn to balance or to ride again. This is the first such saddle in Australia. Horses 4 Heroes also use horses in the PTSD environment.

A welfare assistance dog more a companion for an individual or group of people in the work force. These types of dog can be seen doing the rounds of a hospital or left with a person at work who is having an emotional event that day such as a death in the family, etc. AWAMO has supplied a number of Assistance Dogs to help moral in high stressful environments to veterans via the Redlands RSL, Quensland.

They can be trained to work with people who use wheelchairs, have balance issues, have various types of autism, need seizure alert or response, and need to be alerted to other medical issues like low blood sugar. They can help by retrieving objects that are out of their person’s reach, opening and closing doors, turning light switches off and on, barking to indicate that help is needed, finding another person and leading the person to the handler, assisting ambulatory persons to walk by providing balance and counterbalance and many other individual tasks as needed by a person with a disability.