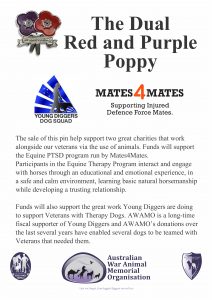 Over eight years ago AWAMO began donating care packages to operational
Military Working Dogs (MWD) in East Timor, the Solomon’s and Afghanistan.
These contained a few comforts from home, for the handler and dog.
A new ball, chew toys, food treats and in 2005 we sent each dog a winter coat in Afghanistan.
In 2017 AWAMO began a care package for domestic veteran MWD- whose owners could not afford some
comforts for their dog. Alas it’s a fact a number of veterans are on the poverty line but still have a canine
companion and mate.

These parcels contain a new lead, food bowl, worming and flea medication, dog shampoo,
teeth cleaning chew toy and some treats for the dog- finally a donated handmade blanket or dog coat.
AWAMO acknowledges Redlands RSL in QLD for administrating the issue of these packages to veterans.
With Xmas approaching AWAMO in cooperation with your organisation could make a difference
to veteran dogs and their families by saying:

“Thanks for your Service” – via a gift box at Christmas. 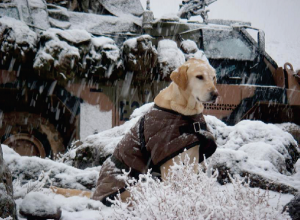 It will contain many of the items listed above plus a personal message you would like to deliver.
It may be impossible to return a thank you but every effort will be made to photograph recipients.
This is just one area you can help and say thank you.
AWAMO runs several projects to assist Veteran dogs and Animal projects that assist our human Veterans.

These can be viewed on our web page – www.awamo.org.au
Any donations remaining after Xmas will be used for one of these assistance projects.

It wasn’t just men and boys who answered Britain’s call to join the armed forces in her hour of need.

Hundreds of thousands of animals left behind their peaceful, rural homes and made the journey across the English Channel to join their human comrades in the trenches.

Two years before the outbreak of what would become known as the First World War, the Blue Cross Fund had provided vital veterinary care to animals during the Balkan War. At that time, our charity was called Our Dumb Friends League (ODFL) and we named the fund after the flags displaying blue crosses that flew above animal hospitals and ambulances to distinguish help for animal casualties from The Red Cross, which provided aid to wounded soldiers.

“This act of courage shows how deep the bond was between my grandfather and his horses. Just three men survived the shelling that day but, despite great danger to himself, he refused to leave his horse to die a painful, lonely death” Ruth Turner, granddaughter of George Turner, who used his Blue Cross handbook to help look after horses on the battlefields

Dogs too were vital on the battlefields as they were used to run messages, detect mines, and act as patrol dogs, among many other tasks.

Perhaps slightly less known is the number of pigeons that served, who risked their lives by carrying vital messages over long distances.

For more information on this article – go to https://www.bluecross.org.uk/warhorse 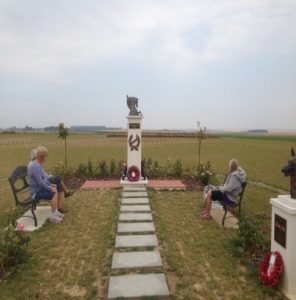 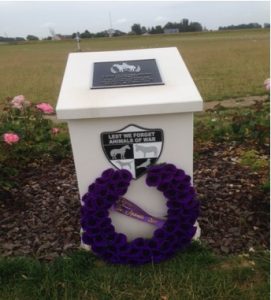 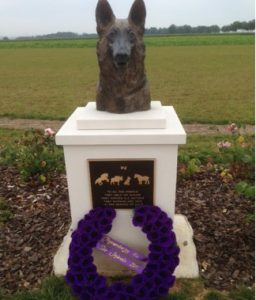 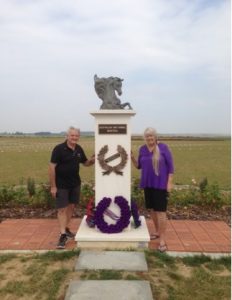 Lyn and myself along with brother Bob and wife Laurie  went to the memorial today and had a little quiet time. We layed a few wreaths that I had saved from the inauguration last year. One was from RSPCA Qld, one from Redland Bay State school (Calen my grandson) and the other the one that Lyn and her daughter Samantha made. (Pictures above).

Bob and I have started work on the bricks around the bench seats and should finish Tuesday.

Bit busy here at the moment with the Sound and Light show up at the Mairie. On Monday the 23rd the Commune is hosting a wreath laying ceremony at Gibraltar opposite the Australian 1st Division Memorial. (Nothing at the Memorial Park)

Pigeons: The secret heroes of World War I – honoured in art installation.

Please click on the video to watch a fascinating article on Pigeons, and the role they played in WWI. 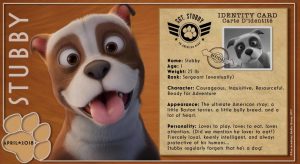 The Australian War Animal Organisation understand the significance of the unconditional service rendered by Veteran  Animals. We know the impact they have on their handlers and those whose lives they have saved and touched. Because of this we want to support the owners of retired service animals, so they can be offered appropriate veterinary and special care in their twilight years.

If you are interested in donating to this cause please click on the below link which will take you to the Go Fund Me page: 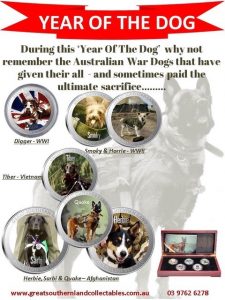 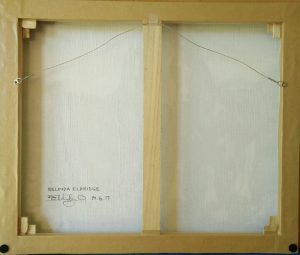